A few weeks before Paxton passed away he developed an infection. The infection proved to be detrimental to Paxton’s health as his ventilator was fixed at high settings and his PDA reopened. He would need surgery to close it. We were transferred to Overland Park, KS. There, they did a slew of tests and basically worked Paxton up from head to toe. They ended up finding numerous blood clots, a massive one extending the entire length of his aorta into his left iliac artery as well as scattered ones throughout his liver and spleen. The PDA surgery would be postponed for now, until the clots were under control. The neonatologist at Overland Park seemed optimistic, but honestly told us that this is a very critical situation. We were transferred to Children’s Mercy where there were specialists who were better equipped for this kind of thing. Paxton died less than 48 hours later.

Paxton declined rapidly. His ventilator was maxed out at the highest possible settings. There was nowhere to go. It got to the point that almost every time anyone would touch him, he would desat and turn blue. Evan and I prayed and prayed and it was clear that Paxton was suffering. We decided it was time.

A local pastor came and baptized our baby boy. Evan and I were in so much pain, emotionally and physically. We cried so hard and for so long, our bodies actually hurt. Our heads were throbbing and Evan cried so hard he burst blood vessels in his shoulders. The pain of watching our son die was excruciating.

The nurses handed Paxton to Evan while he was still intubated so he would live long enough for each of us to hold him. Evan held Paxton on his chest for a few minutes, but Paxton was so blue I was worried he would pass before I would get to hold him. Finally, Paxton was on my chest, skin to skin. I held him for a couple minutes before they took the tube out. When they extubated Paxton, it was the first and only time I held him without any lines. He moved slowly in my arms as I cradled him against my bare chest. I kissed him over and over again, I was only able to kiss him twice before this.

His heart beat for almost 20 minutes after the tube was removed. For a minute, I could feel him struggle as he took his last breaths. The doctor came in and listened to pronounce his passing. Evan and I prayed, we kissed him, and left to get some air.

When we came back, Paxton was swaddled in his hospital bed. He looked so peaceful and it was the first time I saw his face without any tubes in the way. He was so beautiful. I kissed his forehead again before we said our final goodbye to his earthly body. We cannot wait to see Paxton again in heaven, with his perfect heavenly body free from pain or suffering. I long to hold him again.

I am different because of Paxton. My faith has grown and matured. My marriage is strengthened. I feel a closeness to God that I never would have felt before and Evan has become my rock in all of this. Let me tell you something, ladies. Get yourself an Evan.

Because of Paxton, I will be a better mom one day. My heart longs to be a mom again and God knows that. As difficult as it is for this momma to let go of control, I am learning.

“Now is my soul troubled. And what shall I say? ‘Father, save me from this hour’? But for this purpose I have come to this hour. Father, glorify your name.” Then a voice came from heaven: “I have glorified it, and I will glorify it again.” –John 12:27-28 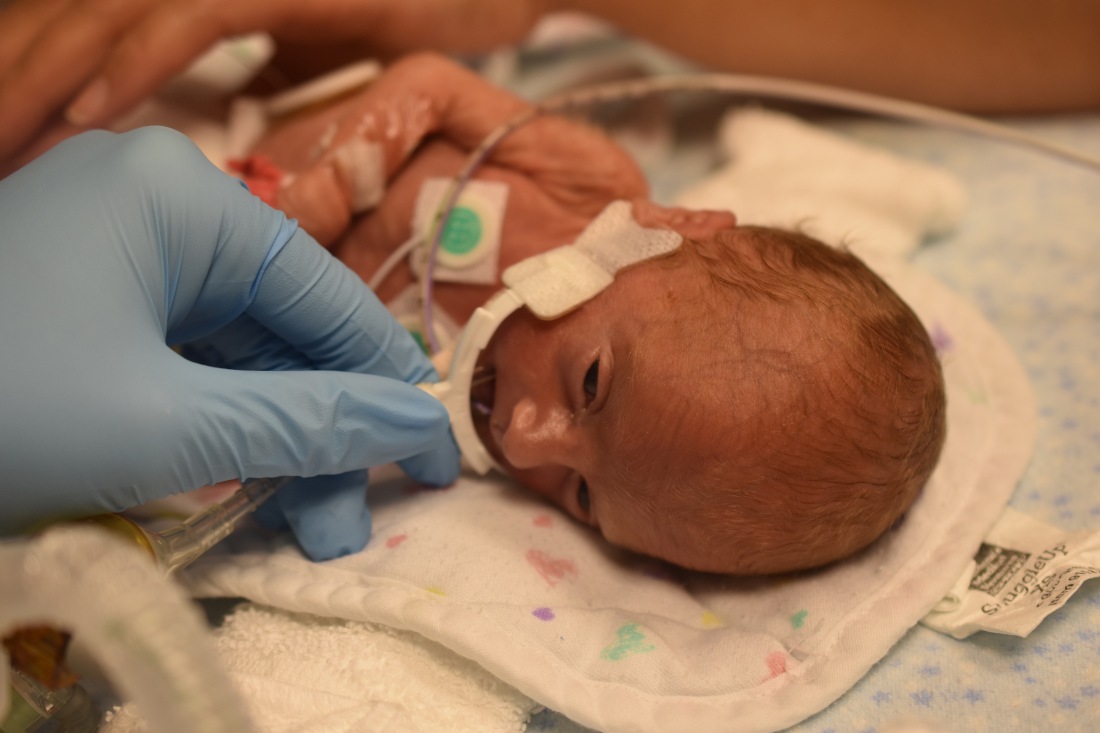 View all posts by paxtonsmom